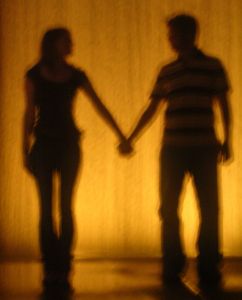 START: They walked down the church aisle, hand in hand, moments after saying “I do.” “Think we fooled them?” Mona said to Roger.

“Of course,” Roger laughed, “It almost seemed too easy, didn’t it?”

Roger was a Mexican with heart trouble trying to get into the US for treatment.  The real question was if they would find that nosy INS official.

“How long do we need to live together?” Mona asked. But she was thinking, How long before Roger kills me too?

Roger gave her a once over, put on his shades and smiled in that crooked way she knew too well.

Mona, now fearing both the INS and Roger, realized she needed to call the jerk her heart had written off. Here goes…

Charlie picked up the phone and answered, smugly, “Mona my sweet, I knew you’d come to your senses!”

“Shut it! I’m in danger!” She whispered into the phone to Charlie, “Get me AWAY from this creep, do you know what we’ve done???”

Mona looked up and saw the INS official talking to Roger and staring at her. She almost dropped her phone.

“Charlie, can you meet me tonight at the Stok’s Bar?” Mona pleaded, “Come alone.”

She slipped the phone in her purse and walked toward the two men, “Are you here to congratulate us on our marriage?” she asked.

The INS guy looked at Roger but spoke to Mona, “Something like that,” he said.

At that moment, a black van screeched onto the church stairs. Men dressed in black and strapped with guns jump out of the back.  The officer shoved Mona against the chapel wall and handcuffed her. Roger groaned. Not the wedding he had hoped for.

Then Mona awoke from her deep sleep and troubling dream; looking at her lover, Jen, she was thankful it was just a dream.  She reached for Jen, and then suddenly recoiled at the touch. Panic welled up from her chest.  Jen’s stiff body was cold as ice.  She then knew the wedding wasn’t a dream.  Jen had fallen victim to Roger’s schemes.

Or was it Charlie who hired those goons?  She had to find Charlie. She grabbed her clothes and started toward the door as her phone rang.  She pulled the phone out of her purse and looked at the caller name: Roger. She dropped it back in her purse.

She raced back in and dug out the case buried in the back of the closet. The Lugar she had never used was waiting for her.  Jens lifeless body swam in Mona’s head.  If Roger was calling and Charlie remained MIA, Mona trusted the wrong man.  Fighting off nausea, she started across the street when the black car returned screeching before her. She was about to find out.

A very short woman in very high heels and a black trench coat stepped out of the car, “You can stop now, Mona.” she said.

Small in stature yet grand in poise, the woman guided Mona into the car and took out a folder marked Charles Folk

“Mona, you must tell me what you know about this man.” Her CIA badge caught the light and Mona knew she had been played as a pawn.

Contributors to this week’s #storyfriday are (in order of appearance):

Minor editing (punctuation, capitalization, etc.) was done before this story was posted, to allow for easier reading.  No words were removed from or added to this story after its original posting on Twitter except where indicated with red and then only to promote continuity in the story. 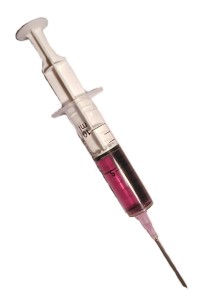 START: “How many people are we going to have to kill?” Mick asked Theo and P.J. “I mean, we’re already up to three.”

“Put on your suits guys, we can talk numbers at the pub.” PJ said.

Mick and Theo put on their brown suits while PJ inched into her yellow suit. She looked through the plastic lens.

Theo rolled his eyes, “See. Here comes another one. You get this one P.J. I’m not doing all the work.” END_OF_DOCUMENT_TOKEN_TO_BE_REPLACED 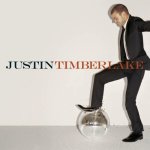 START: Little did anyone know that Justin Timberlake was not only a singer–he was also a superhero needed to save the world.

It’s not much of a secret, as Mr. Poe knew.  You just had to pay attention to his lyrics.  He uses his singing talents to travel the world and find injustices that need to be righted.

He practiced and practiced comedic sketches that would have villains die of laughter, but it wasn’t enough.  He was tormented by the fame he had as a musician, but he didn’t have enough fans to back him up as a superhero.  He started dating Cameron Diaz so he would lose popularity as an icon, but it got worse.  A world on the brink of total destruction from a lack of sexy. It was on the pop icon to bring it back.  Alas, the crippling consumption picked up in his trip to the ’50s rendered him bedridden for at least, say, three weeks.  And after three weeks he emerged from his bed stronger and with a greater sense of purpose.  His alter ego fueled his confidence and allowed him to hide in plain sight, in places around the globe. END_OF_DOCUMENT_TOKEN_TO_BE_REPLACED

***Note*** I’ve noticed that we’ve had a rather large amount of stories that have gone unfinished lately.  Everyone gets busy (it is a Friday, after all) and we aren’t able to complete the story.  If this doesn’t bother anyone else, I’ll leave it alone, but I thought I would bring the idea of finishing the stories up for discussion.  Does anyone have any ideas for completing these poor little misfits?  Does this bother anyone but me?  Leave your opinions and ideas in the comments and we’ll see what we can come up with 🙂  Thanks!

START: Mike & Tom were lost in the woods.

It started to drizzle as dusk approach.  The sun was beginning to set.  Soon it would be pitch black.

“You were supposed to bring a compass, you idiot.” said Tom.

“Yeah, like it’ll be any help reminding me about it now.” Mike answered back as he went down another path, “How was I supposed to know all the crackers I left on the ground would get eaten.” Mike said, “I thought you were bringing the compass!” exclaimed Mike, “I guess we’ll just keep walking.” END_OF_DOCUMENT_TOKEN_TO_BE_REPLACED 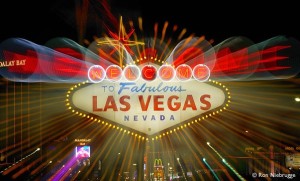 START: What started as a bachelor party ended in disaster. Luke, Mike, Ned and Dirty were on their way to Vegas when …

Ned yelled, “Pull over!” Ned continued, “I just had a dream our plane crashed. No way am I getting on that flight.”

Dirty laughed and slapped his forehead in disbelief.  Ned never was one for risks – why did he bother coming along?  Dirty responded, “Dude, haven’t you seen Final Destination?  It doesn’t matter if you get on the flight, you’re still gonna die.” END_OF_DOCUMENT_TOKEN_TO_BE_REPLACED

***Note*** Like what you’re reading? Want to see more from those who have participated in #storyfriday? Check out their blogs or websites! I’ve conveniently posted links to all those sites on the homepage. Just click the “Home” tab and look to the right to browse through all the creative minds who have contributed to these stories. 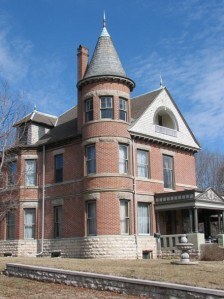 “When Jeff and I bought this house we didn’t know it was haunted,” Ann said to her friend Marie.

“Honey, did you know anything about it at all?” Marie retorted, pursing her lips to show off her new vibrant lipstick, “What makes it haunted?” They entered the dining area and Ann started preparing them some drinks while Marie looked around, “And why would you stick around for fifty years even after figuring it out?” she added, as a crash sounded upstairs.

“The realtor mentioned the previous owners had died in the house, but you know Mark–he knew that meant he could get a deal.  Everything seemed completely ordinary at first. It’s an old house so you expect strange noises during the night.” END_OF_DOCUMENT_TOKEN_TO_BE_REPLACED

***Note*** Hey guys, the blog got a mention on @BrianKlems blog!  Check it out here!  And now on with the story!

“How does a cricket get into a trashcan on the 2nd floor of an office building?” thought Joe the Cricket.

“The things I do for Mrs. Joe.” He added, grumbling and clicking his wings creating more racket than he wanted to.

He hopped to the front door of an office building and made a plan.  He shook his head to clear the drunken fog.

“I know,” thought Joe, “I’ll use the air duct and make it up there. Here I go!” END_OF_DOCUMENT_TOKEN_TO_BE_REPLACED

*Note* Check out the #storyfriday mention on @BrianKlems blog at WritersDigest.com!  Brian was the original creator of #storyfriday two years ago and the person who tweets our first lines every week!  Big shout out and thank you for bringing all this awesome creativity together! 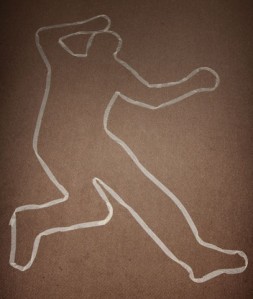 “This wasn’t part of the plan,” Ted shrieked. “Stop whining and help me hide this body,” Manny said.

As both men grab an end of the bag, the heavy corpse snagged on the trunk lid, ripping the bag open, spilling a pale corpse. Staring down at the grotesquely bloated body, Manny couldn’t help but wish the sun wasn’t so hot.

“You could’ve warned me about the smell. It’s not like I’ve ever done this before.”

Manny and Ted dragged the body across the field. It was heavier than they expected. But they were stronger than expected, so it all evened out. END_OF_DOCUMENT_TOKEN_TO_BE_REPLACED

*Note* Sorry, I haven’t been very consistent with this lately, my weekends have been very busy 🙂  I will try to be more prompt with my posts.  Once again, my #storyfriday hashtag is acting up so if I missed someone’s post, please let me know either through a comment on the blog or on Twitter (I’m @fogisbeautiful).  Thanks! 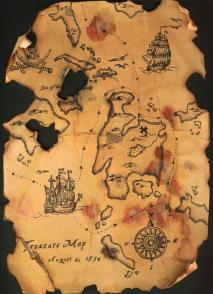 While searching through his grandpa’s attic, Felix found a treasure map. He quickly called his friends Ace and Margo.

“You’ll never guess what I found! We’re going on a treasure hunt!!” Felix exclaimed. Ace and Margo hustled over.

“You too?” said Margo. “I found this in the basement.” and she showed a yellowed, battered twin of Felix’s map.

“What could it lead to?” They both asked almost in unison.

***DISCLAIMER*** For some reason this week, it seems that a couple of posts disappeared from the #storyfriday search before I had a chance to copy them over to the blog.  I did my best to recover all of them, but if for some reason I missed one of your posts, please let me know and I will edit the story accordingly.  Thank you! 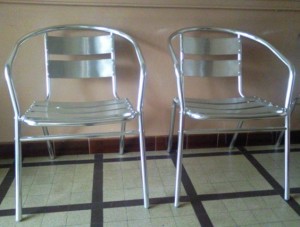 Kathy sat at the doctor’s office waiting for the results. Her husband Allen and kids Tony and Lynn were nervous.

“What do you think it could be?” Tony whispered to Lynn.

“Kids, relax,” Kathy said while squeezing Allen’s hand with a smile on her face. “Let’s not jump to conclusions.” END_OF_DOCUMENT_TOKEN_TO_BE_REPLACED